1 Comment
it's out today for PS4, Steam release on September 29
Read the whole story

a free game about "learning to rely on others and fighting against hopelessness, together"
Read the whole story

Book review – The Journeys of Trees: A Story about Forests, People, and the Future by inquisitivebiologist
Friday September 18th, 2020 at 7:04 AM

We tend to think of forests as static. Trees, after all, do not move. But that is a perspective foisted upon us by our limbed existence. Science reporter Zach St. George unmasks this illusion in plain terms: when trees die or new ones sprout, the forest has moved a bit. “The migration of a forest is just many trees sprouting in the same direction.” (p. 2)

There is no shortage of books on trees, but this sounded like such an unusual take on the subject that I was utterly stoked when I learned of The Journeys of Trees. A journalist who delves into the palaeontological record to consider the slow-motion of movement of forests over deep time? Get in here!

The Journeys of Trees: A Story about Forests, People, and the Future, written by Zach St. George, published by W.W. Norton & Co. in August 2020 (hardback, 244 pages)

The question of where in space and time organisms live where they do, and don’t where they do not, is the purview of the academic discipline of biogeography. St. George’s handling of ecological concepts here is excellent, especially when considering the many unknown factors that keep a tree from growing somewhere, or his clear breakdown of different niche concepts (his description of Hutchinson’s fundamental niche as a multidimensional hypervolume is fascinating). He traces the interest in questions of biogeography back to 18th-century naturalists such as Alexander von Humboldt, Asa Gray, and Darwin and Wallace. It was not just dinosaurs that fossil hunters unearthed, but also fossil trees, revealing that they had grown in places they now no longer did.

There are spine-tingling peeks into the deep past sprinkled throughout this book. Giant sequoias – now restricted to a few groves in North America – once towered over trees from Alaska to Europe while the quintessentially British oak spend the Pleistocene ice age in Spain and France. He mentions the ecological anachronisms of plants that have become marooned when their pollinators went extinct. Or, and this one blew my mind, the striking pattern seen in forest invasions. Time and again, tree species on one continent succumb to insects or fungi native to their sister species on another continent. This hints at the boreal forest that once ringed the globe at northern latitudes and connected these forests. As St. George explains, each continent now has it own oaks, maples, chestnuts, pines, etc. evolving separately, but their shared history is recent enough that they are still vulnerable to each other’s pathogens and pests.

“There are spine-tingling peeks into the deep past sprinkled throughout this book […] and I would have happily had St. George discuss nothing but palaeobiogeography.”

Through these examples, St. George cultivates a mindset that Marcia Bjornerud has called “timefulness“. For me, this is the rare, vertigo-inducing sensation where you find yourself peering down the yawning chasm of deep time and, for just a fleeting moment, connect with its incomprehensible vastness. Not many books manage to induce this and I would have happily had St. George discuss nothing but palaeobiogeography. However, there are two important topics linked to the present and the future that almost eclipse his writing on the ghosts of the past: the burden of invasive species and the question of forest conservation in the face of future climate change.

Plants do not just move themselves, we are increasingly doing the moving for them. While naturalists and geologists were still getting to grips with the age of the Earth and concepts such as biogeography, the Industrial Revolution was busy producing its legacy of Victorian plant hunters filling up botanical gardens and private collections in Europe, and entrepreneurs moving trees to improve colonies overseas. One such thread that St. George follows here is the story of how the Monterey pine growing in California and Mexico ended up blanketing New Zealand.

But each such translocation is an experiment. We take species out of their evolutionary context at our peril. Each journey that moves plants, wood, or even soil brings the risk of unwanted stowaways. Only a minority of translocated species become a problem, but with global trade and travel having increased exponentially, so have the risks posed by invasive species. A recent example recounted here that came to light only in 2001 is the decimation of North America’s ash trees when they fell victim to the emerald ash borer, a small beetle imported from Asia, possibly in pallet wood.

“it is exactly [the] legacy of species invasions that is now causing great tension […] when considering the future of the world’s forests, [particularly] the conservation initiatives taking matters in their own hands by planting trees in new areas.”

As St. George highlights, it is exactly this legacy of species invasions that is now causing great tension in the academic and conservation communities when considering the future of the world’s forests. As the deep-time perspective of The Journeys of Trees already reveals, forest migration is closely linked to climate change, and there is plenty of that in store, with St. George highlighting the risk of exacerbated droughts and fires in particular. One difference with past climate change is that in the geologically speaking short intervening time we have laid claim to vast swathes of the Earth’s surface, largely deforesting it.

Thus, the third and final important form of forest migration that St. George considers here are the conservation initiatives taking matters in their own hands by planting trees in new areas, often in the face of caution urged by ecologists. This varies from “assisted population migration” where trees are planted in their current range, to forward-looking initiatives better labelled “assisted range expansion” where they are planted outside of the current species’ range. St. George discusses Connie Barlow’s Torreya Guardians project that is planting Florida torreya all over North America, and the living seed bank of giant sequoias created by timber company Sierra Pacific Industries.

The flap text on the dust jacket mentions that the book focuses on five trees, but the story defies any rigid or chronological organisation, looping round in circles and delightfully intersecting its own narrative in numerous places. Much as I had hoped, The Journeys of Trees ended up being a fascinating sylvan road trip that sets itself apart from the many books written on trees, not least by its deep-time perspective.

Disclosure: The publisher provided a review copy of this book. The opinion expressed here is my own, however.

You can support this blog using below affiliate links, as an Amazon Associate I earn from qualifying purchases:

The Journeys of Trees hardback

Other recommended books mentioned in this review:

Barlow’s The Ghosts of Evolution paperback

Thompson’s Where Do Camels Belong? paperback 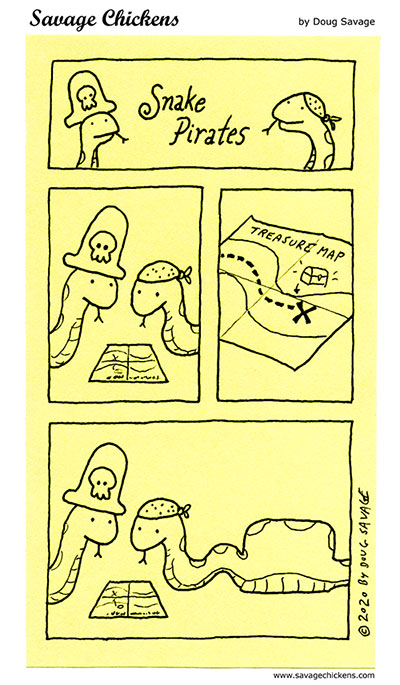 That’s it for my week of pirate comics! Tomorrow is Talk Like A Pirate Day, so swab the decks, hoist the main sail, and sprail the marnacles!

jlvanderzwan
reply
"Europe invades the US, 2020"

Seam Carving (with forward energy), but we make a new image with the discarded seams
Tuesday September 15th, 2020 at 9:44 AM 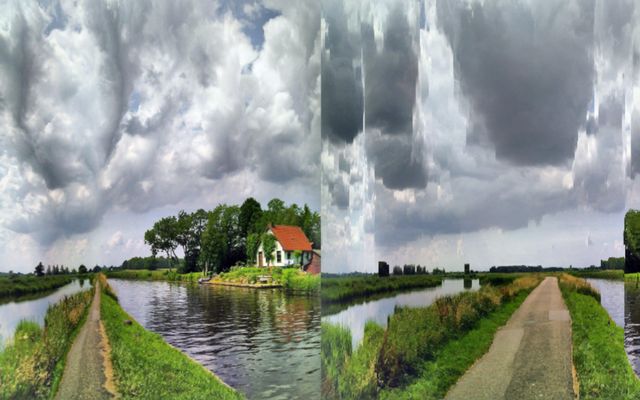 jlvanderzwan
reply
Pretty happy with how this one turned out :)

ttencate
Clever! Is it the same as removing the highest-energy instead of lowest-energy seams?

jlvanderzwan
I haven't tried, but it's unlikely since I know from experience that seam carving in x- and y- directions has vastly different results depending on whether you first do all the horizontal and then the vertical seams, or the other way around, or even just alternate

jlvanderzwan
Just gave it a go - it doesn't work at all because the removed seam is now the highest-contrast one, which will be the one removed the next iteration